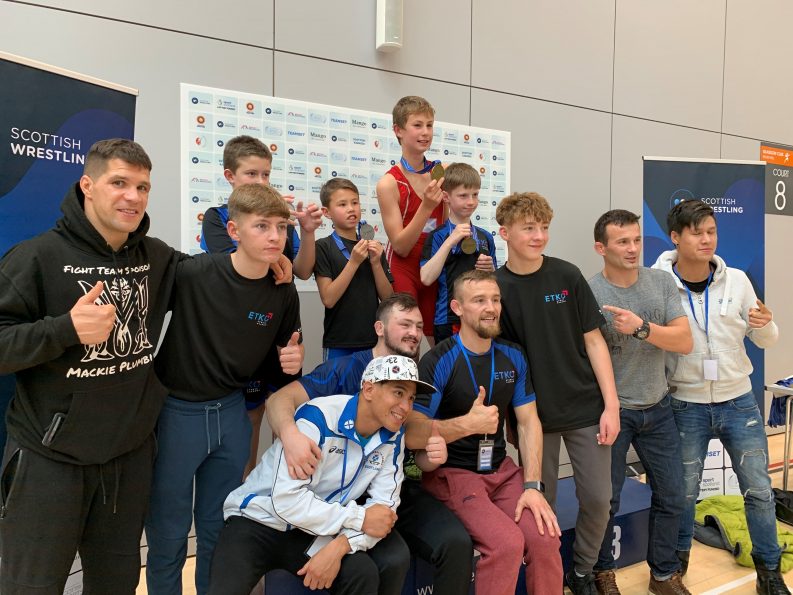 The north-east was well-represented at the recent Scottish Open Championship 2019 with medal success for several wrestlers from ETKO Wrestling Academy in Oldmeldrum.

Both junior and senior club members travelled from Aberdeenshire to compete in the event, which was held at Kelvin Hall, Glasgow. Junior wrestlers Lucas Burkhead and Fraser Drysdale topped the podium in the 28kg and 52kg categories respectively, with further medals for the club across various other weight categories. Full results for ETKO Wrestling Academy were as follows:

Reflecting on the group’s success, Vio Etko, head coach, said: “For many of our young wrestlers, this was their first taste of competition at this level. The results achieved reflect the admirable commitment they give to their training – and their positive approach to new experiences.

“The bronze medal for Douglas is a further tremendous achievement at senior national level. We returned to Aberdeenshire as a very proud and happy group.”

ETKO Wrestling Academy members train at ETKO Sports Academy in Oldmeldrum. The company has recently invested in new wrestling matting to support the expansion of its wrestling programme, which continues to grow in popularity. Classes range from Mighty Movers for P1 children through to Train Like A Wrestler sessions for adults.